Bruce’s desire to serve others has led him to work extensively with various non-profit organizations, including Hickory Log (a local homeless shelter), Advocates for Children (which provides services for women and children who are victims of abuse and neglect), Goshen Valley (provides services and counseling for foster children and vulnerable families), and many others. He is currently an owner in Quoteburst, Lifecycle, Textwave, Strong Tower Development, Bruce Thompson Enterprises, and Providential Development and Consulting. 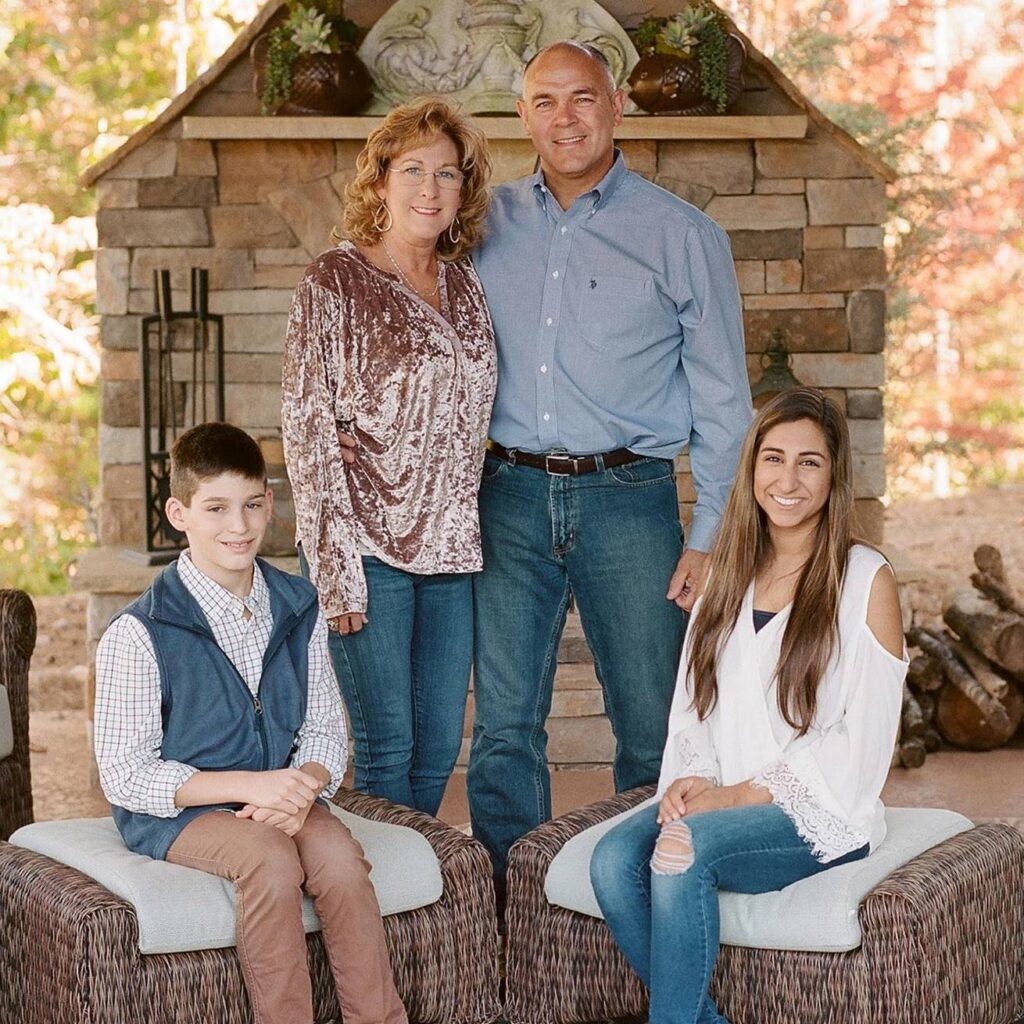 The words “Bruce Thompson is afraid of work” have never been uttered. You are as likely to find Bruce on a jobsite, rolling up his sleeves and grabbing a shovel, or assisting at a homeless shelter, as you are to find him in the boardroom. Raised on a Montana farm, where life was anything but easy, Bruce learned early the value of hard work, and for Bruce, hard work is never more rewarding than when done in the service of others. That service to others extended to his nation, where after attending college on a wrestling scholarship, Bruce served in the Army National Guard for 6 years in Tanks.

At just 10-years old, Bruce launched his first business venture, selling fresh milk from the farm to local school bus drivers. When he turned 22, he launched The Thompson Group in South Florida to provide tenant improvements to 11 shopping centers.

After serving in the Army, Bruce became a serial entrepreneur, launching multiple successful small businesses, as well as acquiring other failing businesses and turning them around.

After serving in the Army, Bruce became a serial entrepreneur, launching multiple successful small businesses, as well as acquiring other failing businesses and turning them around. Since then, Bruce has successfully started 2 automatic swimming pool cover businesses that grew to become the largest in the Southeast prior to being acquired in 2018. In 2007, he formed The Thompson Insurance Group from scratch, and over the next 9 years grew it to six offices with more than $10 million in annual premiums.

Along the way, Bruce’s achievements have been recognized with numerous awards, and many invitations to speak at leadership conferences. In 2008, he co-founded Quoteburst, a software company which automates quoting activities for the insurance industry. With over 40 million quotes currently processed by the company, it is no wonder why it has become the largest and premier quoting solution choice for more than 4,000 agencies. Originally serving as the company’s CMO, Bruce later served as its COO before rising to his current position as CEO of Quoteburst.

Bruce also co-founded a targeted texting company that successfully delivered 22 million texts in one month to educate voters on a referendum issue. He is also the founder of Strong Tower Development, an investment and holding company which has built a funeral home, a center for small businesses and, in keeping with his passion for serving those in need, Strong Tower Development has also built affordable housing for single moms and their children. 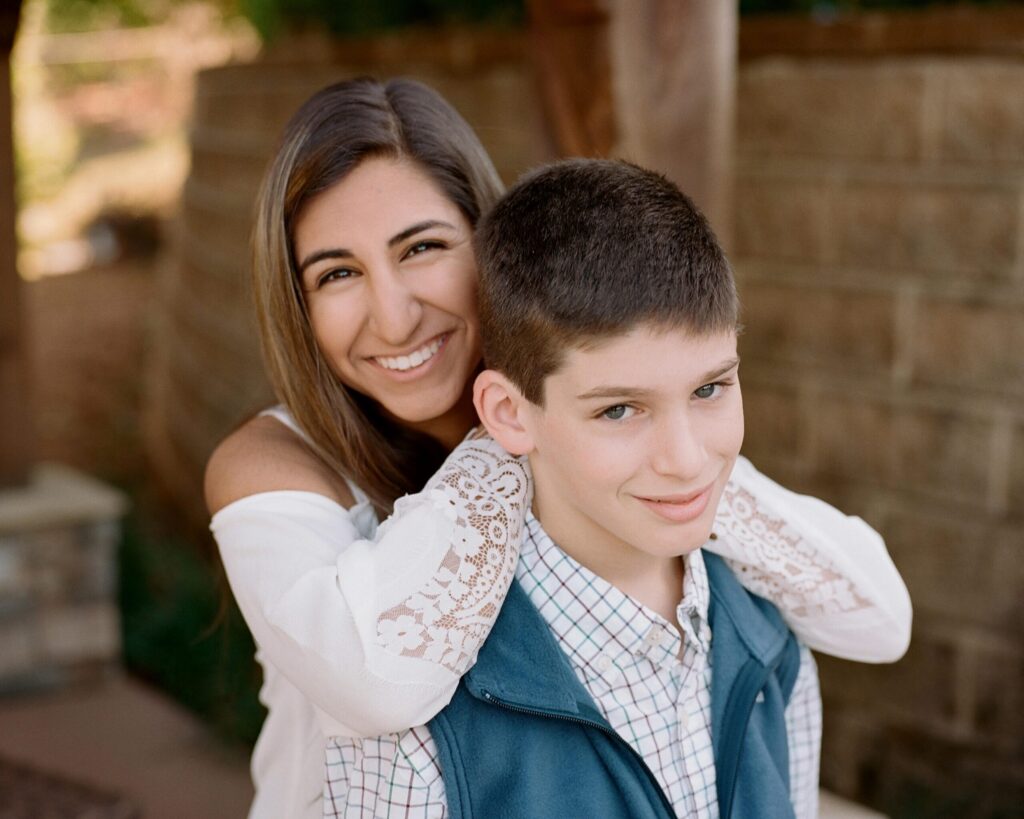 Why is Bruce Pro-Life?

One evening in 1964, Bruce’s mother, who was a single mom, needed a ride home from her shift at the California bar where she worked. Four patrons offered her a ride, and she accepted without considering the precarious position she had placed herself in. That evening she was gang raped and became pregnant with another boy. Fortunately, she decided to keep the child and 9 months later delivered a son that she would name Bruce.

As you can see, Bruce’s path to where he is now was hardly the traditional route many would expect, and many years later he and his wife would choose to adopt the first of their two children.

In 2000, a 21-year old young lady sat in a pregnancy center, with papers in hand to terminate the pregnancy, which was five months along. At the same time a counselor was pleading with this young woman to reconsider ending the life of her unborn child, Bruce and his wife Becky were placing a call, seeking an opportunity to adopt. This young woman came to live with Bruce and Becky for the remainder of her pregnancy, and on August 16th of that year she delivered a healthy, beautiful baby girl which Bruce and Becky named Faith.

That little girl, whose life would have been ended before it began, has now grown into a beautiful, talented, inspiring young woman. At the age of 4, Faith began playing the piano by ear, and at age fifteen she published her first song. More recently, Faith was invited to sing the national anthem at an event for then-Vice President Mike Pence, and she was invited to perform two of her songs before an exclusive group at the Museum of the Bible in Washington, D.C.

In 2005, the Thompsons were provided another opportunity to adopt. A young girl struggling with alcohol and other addictions was late in her pregnancy when she made the decision to carry her child to term and then put it up for adoption. On March 16th of that year, the young woman gave birth to a little boy who was suffering the effects of Fetal Alcohol Syndrome. Later diagnosed with severe ADHD and mild symptoms of Asperger’s Syndrome, with the nurture and care provided by a family that adores him, and with extensive therapeutic intervention, Max has become a high-functioning young man who is an accomplished student, and has adapted well to society.

Bruce often shares his testimony about what a privilege it is to be Faith and Max’s father, and of his gratitude to the Lord for the opportunity to bring them into his family. These are just a few of the reason that Bruce has become one of the most prominent voices in Georgia in defense of the sanctity of life. 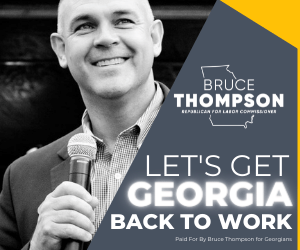